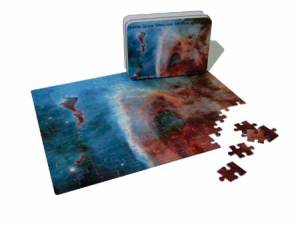 This was true for discovering my Barley-allergy.

My puzzle began summer 2007. I went on an intensive 7-week global internship in which I lived out of a backpack. Although I faced many bug bites while in Guatemala I didn’t deal with skin problems until I went to the Philippines.  Almost over-night my legs were covered in bug bites.  These bites were more painful and itchy then any mosquito bite I had encountered. It was near impossible to get enough band-aids to cover them all-and I had no long pants with me.  I tried to avoid scratching them but would find myself tearing at them in my sleep.

The bites kept me from focusing, made me easily frustrated, and irritated. It wasn’t long before my legs began to feel warm and swollen. By the time we arrived a week later in Hong Kong my left foot had swollen to an unusual size and both ankles had become stiff. Movement such as the vibration of an escalator would cause shooting pain up my legs. The places where the bug bites had been became red and inflamed. Those on the team with medical experience did what they could to provide me with advice, some basic pain meds., and hydrogen peroxide.

On the trip back to the states I struggled to not limp, my legs were warm, and circulation was bad. On top of this I was running a fever.  I called my mom when we landed in Chicago and calmly told her she needed to schedule a Doctors appointment ASAP. I got the rest of my luggage and was bandaged up again before heading to Las Vegas where my parent’s would picked me up.

After a drive back home we went to the doctors. I was unsure what they would do considering I had been in a foreign country with different medical issues than most American Doctors see. He said I had a staff infection which was secondary to the bites. I was put on a 3 day steroid and then on antibiotics. The swelling went away and the bites marks became scars which eventually faded.

I thought that was the end of my health issues but it in reality it was just the beginning. . . .

To be continued-sorry for the suspense but this is a three parter.

Anyone else have fun-bug encounters while traveling?

9 thoughts on “Why I am Barley-free: Part One”