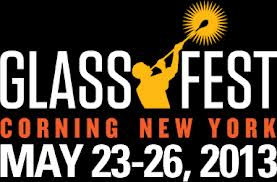 Glass Fest, a four day festival in the Gaffer District, is downtown Corning’s biggest annual festival. It kicked off Thursday with the last  2300 degrees event of the season during which the Corning Glass museum is open to the public for a free concert and glass art demonstrations. Friday night started Rock the Park, a weekend series of free outdoor concerts at the Riverfront Centennial Park. Meanwhile, much like Cabin Fever the stores on Market street were open from 5pm-8pm for wine and beer tasting.

The big events hit Saturday starting with the Glass Fest 8K run in the morning. This was followed by day long art exhibits, live glassmaking demonstrations in Centerway square, and promotions in all the stores on Market street. 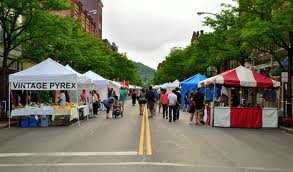 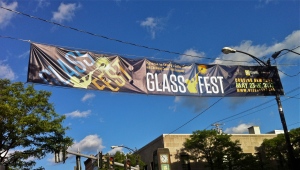 Our adventure with Glassfest started Saturday afternoon. We bundled up for an unusually windy Memorial Day weekend. Walking down the center of Market street, we scoped out some of the vendors and sales in the antique stores: vintage colorful glass and pyrex, free face painting, puppet shows, and of course every possible unhealthy treat from deep fried goods to chocolate dipped cheesecake on a stick. After sampling some local mustards, cheese, jam, and salsas we went to the Rockwell Museum of Western Art which was free to the public for the festival.

The Rockwell Museum of Western Art was started by local business owners Bob and Hertha Rockwell who collected Western art and artifacts and donated them for the museum now established in  Corning’s refurbished old City Hall. 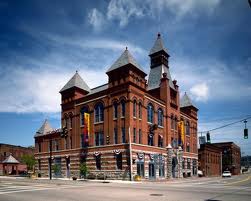 I was happy to be greeted by cactus in the museum’s foyer. Walking to the front desk, we told them we were locals and were handed silver deputy stickers to wear. It was suggested to start on the third floor. Each room of the top floor was brightly colored, displaying art depicting buffalo, native americans, cowboys, and the great frontier in statues, costumes, photos, collages, and of course paintings. The most prominent of paintings greeting us at the entrance was a great scenic view of Mt. Whitney. 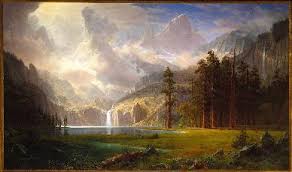 Working our way to the second floor, we found the exhibition display of photographs collected by National Geographic. These photos ranged from views of national parks, to rodeos, to reservation pow wows and everything in between. I enjoyed pointing out places I have been including Yellowstone, Carlsbad Caverns, and Yosemite. 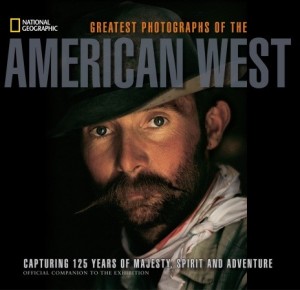 After the museum tour, we walked the rest of the vendors noticing local photographers, jewelry, and pottery makers, and of course more food vendors and children’s activities. In addition to the street vendors and glass demonstrations, in Centerway square Friday-Sunday a glass making competition was held called Flame Off. During Flame Off local glass artist could enter to compete for prizes and showcase their work to the public.

When it came close to dinner time we decided to return to Sorges ,our local Italian restaurant, to celebrate the 1 year anniversary of our engagement. (see Memorial Day Flashback) 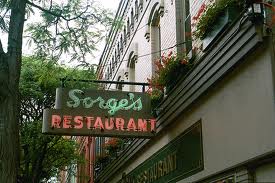 After dinner we bundled up and headed to the Riverfront Centennial Park for a Rock the Park concert by DSB, a famous Journey tribute band. The park was crowded and people had set up chairs wrapping up in jackets and blankets in spite of the cold. Glow in the dark necklaces were passed through the crowd as children played and friends caught up drinking coffee and eating the last snacks of the day from the food vendors. Luke and I stood in the back singing along the songs we knew and tapping to the ones we didn’t. After a great finish on “Don’t Stop Believin'” (of course they left it to last) the fireworks show started shooting from the bank of the Chemung River. 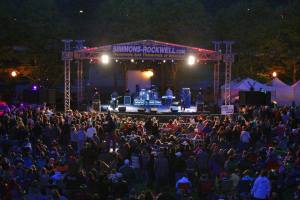 Although we didn’t attend any other events, Sunday the fun continued with street vendors, glass blowing demonstration, children’s activities in the park, and Flame Off. Monday afternoon Market street was closed again for the annual Memorial Day parade.

Talk about one eventful holiday weekend for Corning!!

What did you do for the long weekend?