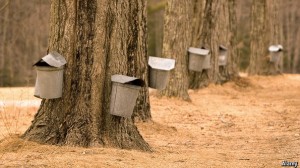 When we moved to our house in October. My sister in law who was helping us move said she thought most of the trees behind our house were maple. By the time we moved their bright yellow leaves covered the ground. 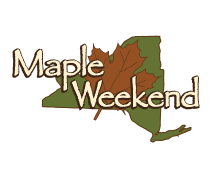 All across Upstate New York during March or April is a Maple Weekend when local maple syrup producers open up their doors for tours of their facilities, hikes through their maple trees, children events, sales on their maple products and pancake breakfasts served with their maple syrup.

This year we chose to go to Wohlschegels sugaring facility near Naples NY. 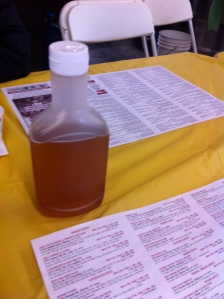 By the time we got to the sugaring facility they had opened up the back end of their syrup/sugar processing building and filed it with tables and chairs for a pancake breakfast. We payed a small prices for all you can eat pancakes and were given generous portions of pancakes and sausage.

We got coffee (they had maple flavored coffee as well) and enjoyed looking around and at the menu which advertised all the local maple weekend events in the area.

After breakfast we sampled some of their products: maple mustard, syrup, creams and enjoyed an indoor tour on how they process  sap and turn it into syrup. 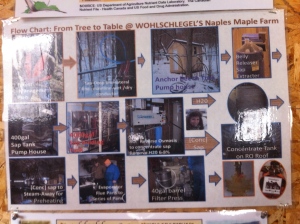 L enjoyed the chemistry lesson and told me later that from what he heard much of the new technology for processing the sap to syrup  adapted from the brewing process for beer. 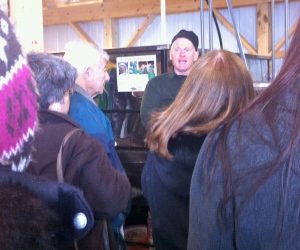 We decided not to do the hike through the snow to the maple trees, maybe next year.

After going to this local maple events I decided for a spring break treat to make maple cream sandwich cookies with local maple syrup and a light cinnamon vanilla buttercream.

Do you like pancakes? Do you dip them in syrup or pour the syrup over?