L and I were very excited to finally have our summer vacation.

We decided on a road trip encompassing 7 states and with two destinations. On August 15th we left very early in the morning for a long day of driving across to Ohio, down through Kentucky and over to Memphis Tennessee to visit my brother and his wife.

The route took us through most of Ohio and some of Kentucky’s largest cities. We were grateful for rest stops to refuel, get coffee, and refill our water bottles. The later in the day it got and the further south we went the hotter and more humid it became.

We arrived at my brother’s apartment outside of Memphis late on Saturday night and enjoyed catching up and talking about our plans for the next few days with them. 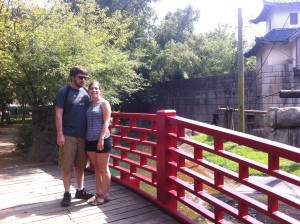 We took Sunday morning a little slower then helped them move packed boxes from their current apartment, into their cars, and over to their new apartment right inside the Memphis border. We were grateful for the chance to help them move after they drove a long way to help us move into our new home this past fall.. 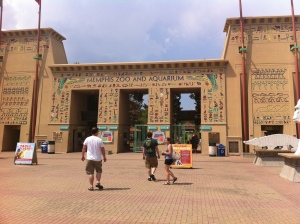 We then had a lunch break, changed our clothes ,and headed to the Memphis Zoo. My Matt and Stina both have membership and after going with them we now know why.

The zoo is well laid out, with unique and intricate habitats and displays. Each part of the zoo was set up to feel as though you were touring a different part of the world in which the animals housed would live.

We enjoyed many elements of this zoo including the many ICEE stands and misters as it was very hot and humid. A few highlights included: The grizzly bear and wolf exhibit with waterfall and lodge replicating the yellowstone lodge and a fountain acting as old faithful geyser. 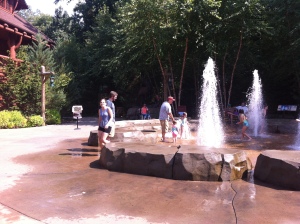 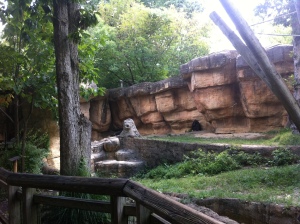 The panda exhibit which we felt provided better viewing of the pandas then San Diego Zoo, and the white bengal tiger in with the large cat display. The zoo also had a very large petting zoo/farm area with plenty of educational games and hands-on exhibits. In addition the zoo also included a pretty good sea lion and bird show. 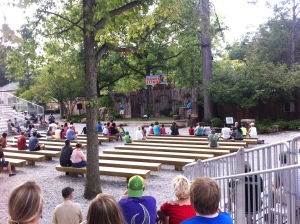 After enjoying the zoo we decided to get a local classic for dinner: Gus’s fried chicken. We ordered it “to go” came home and enjoyed an evening in catching up.