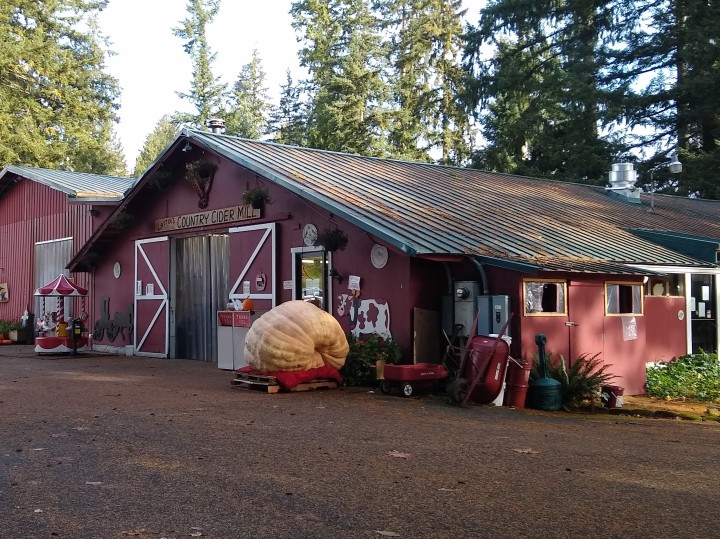 This month’s preschool theme was agriculture or as I told Z: farm. 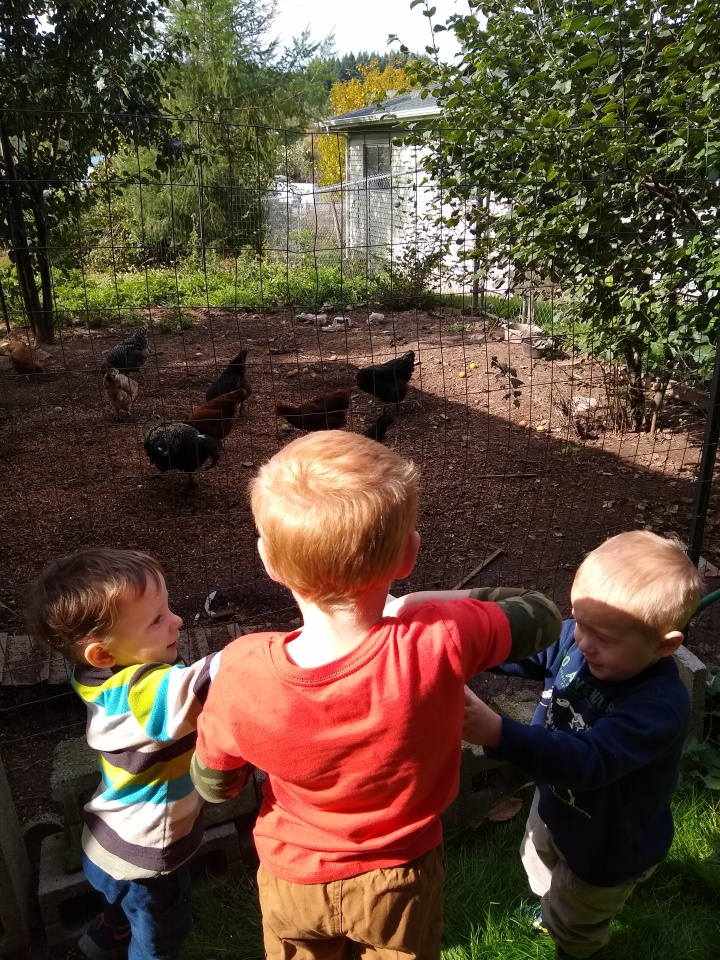 The first week we focused on chickens, we learned about eggs, fed chickens and even had hard boiled eggs for snack time.

Next we peeled and cored apples the boys had picked, and made apple crisps.

We played with bread dough and made individual loafs of bread for snack time.

We learned about cows and dairy products; making homemade butter and learning what it is like to milk a cow.

While we colored some farm coloring sheets, we read farm books and also decorated some woolly sheep.

Some other activities included pretending white balloons are sheep and herding them back into a large cardboard pen. Later these same balloons were turned into eggs and the boys pretended to be chickens.

On our non-preschool days, Z and I played with counting cows, an apple number sorting puzzle, did coloring pages and a farm themed sticker activity book. Z loved his corn and hay sensory bins with plastic farm animals and often put corn or the animals in his blue tractor. 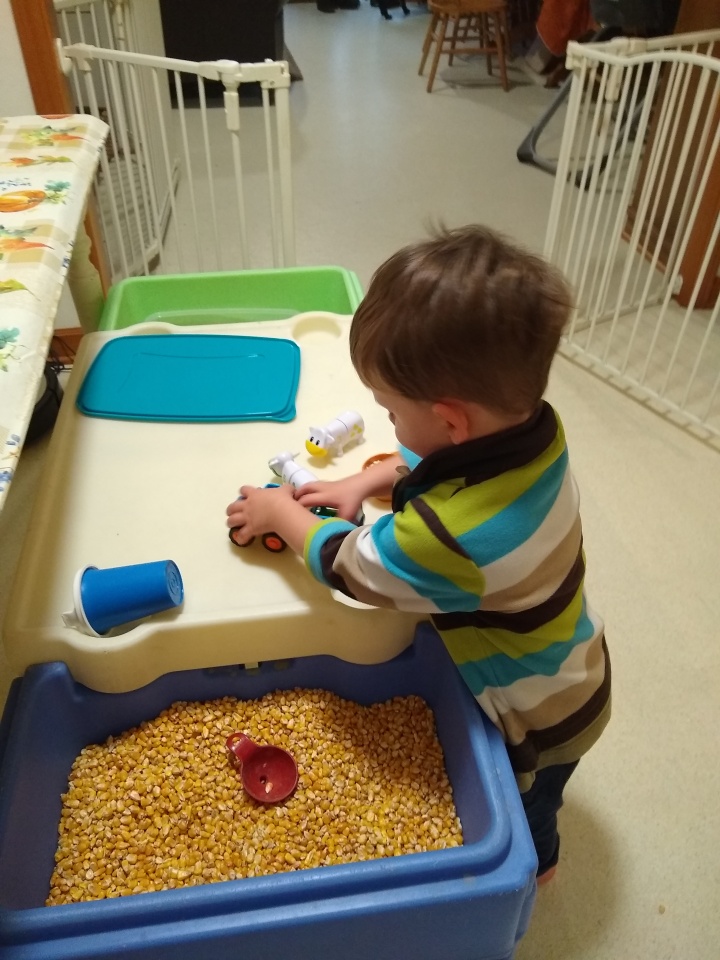 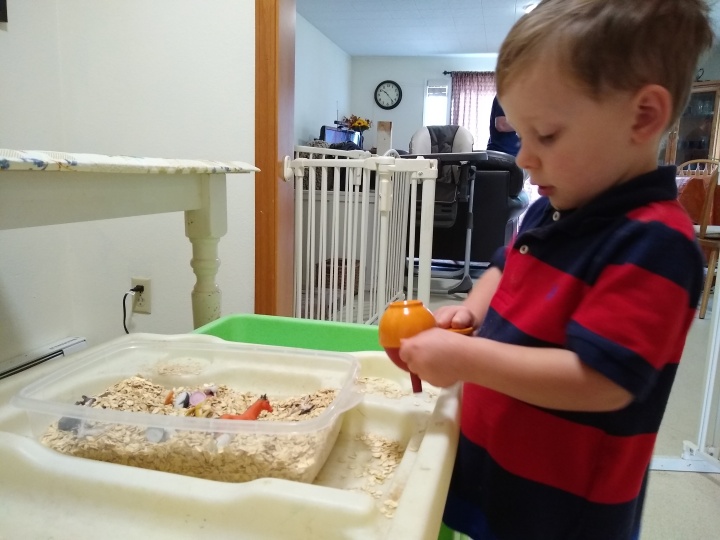 We read many farm and fall harvest books too. His favorites were about apples and pumpkins and a day at the pumpkin patch hunting for shapes.

For our field trip we went to a cider mill and family farm. We started with  treats in their store and bakery including fresh pressed cider and some apple cider donuts.

After a sugar rush, the boys played with a tricycles and took some silly photos.

Then we fed the animals: chickens, peacocks, ducks, bunnies, and turkeys. 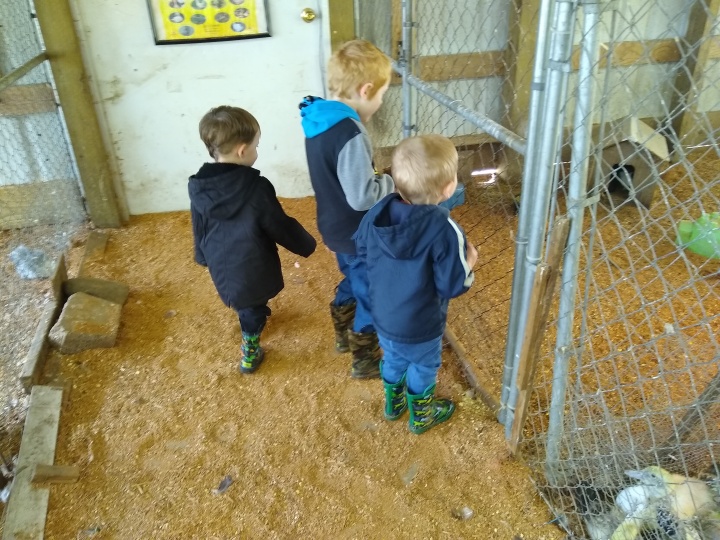 We then let them loose in the play area which includes a maze and sandbox. Z’s favorite was the wheelbarrow. After this, we took a brief tour of the pumpkin patch. Most pumpkins weighed more than Z! 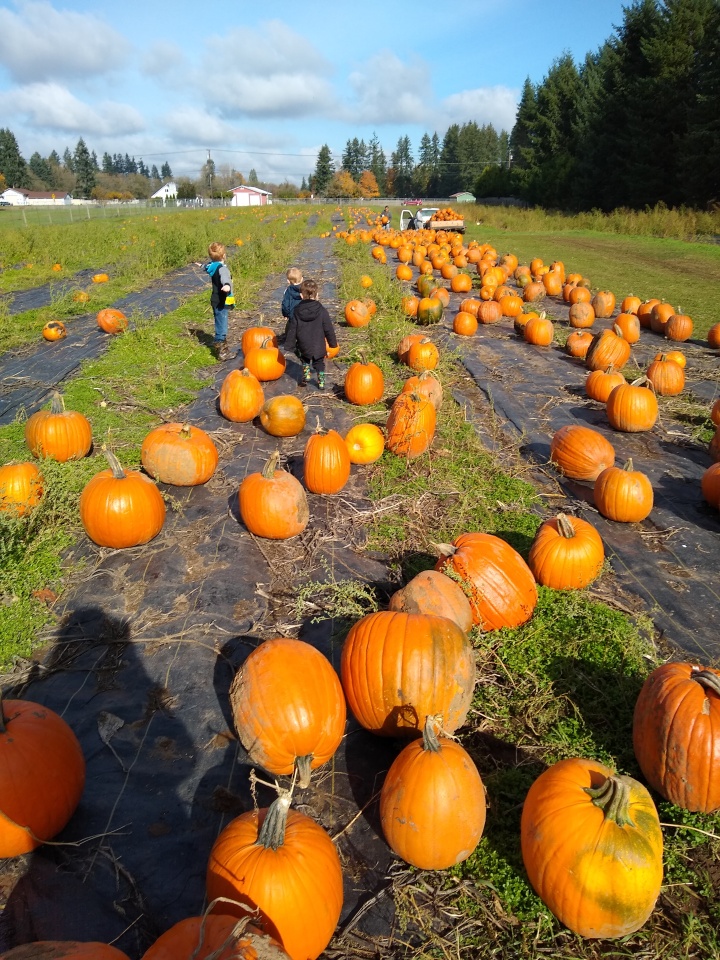 Then we had a picnic lunch together and Z fell asleep on the way home.

Have you ever worked or lived on a farm? Or do you have any memories of visiting a farm as a child?

One thought on “Preschool: Agriculture”